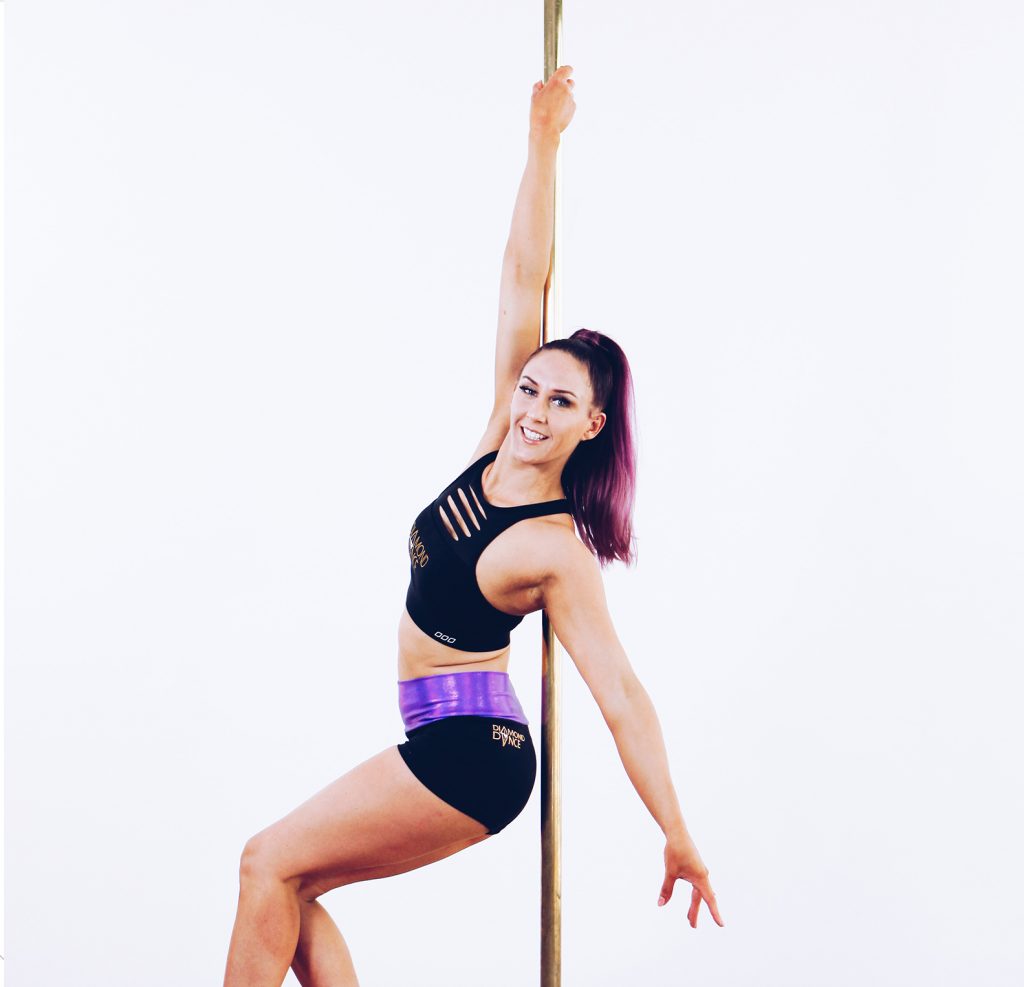 Jacinta was a gymnast from about 4 years old until 15 years old. She started coaching when she was 14 years old and transitioned in other roles within the sport including; judging, mentoring trainee coaches and was a member of the committee for the WA Artistic gymnastics board.

She found pole dancing in February 2007 when she took her mum for their first ever pole dancing class at Collar & Cuffs (a male strip club). She started competing that very first year and by 2011 she was competing nationally.

She won Miss Pole Dance WA 2014 & 2015 and Western Australian Pole Champion 2014 and represented WA in the national finals for both competitions multiple times.

The pinnacle of her competition career was competing at the World Pole Dance Championships in 2015 held in Beijing.

After reaching this level she decided to retire from competing and focus on her students.

Over the years Jacinta also taught pole dancing locally, nationally and internationally. She is known
for her “memorable” analogies, high-fun energy and ability to break down moves into simple parts and troubleshoot issues around biomechanics.

Jacinta opened Diamond Dance to spread her love of pole dancing and help more women get that
feeling of achievement when they master a move they never thought they would do. Because with every little win; confidence grows. Its amazing to see what women can do when they really believe in themself.

“I want to see more women find their super power – their unique gift and be brave enough to wield it! Imagine how awesome this world could be if more women stepped into their power.”

When she’s not pole dancing; Jacinta is a massive foodie (she enjoys eating more than cooking) and she is a crazy cat lady with 2 floofs; Max and Enara.